Photoredox Activation for the Direct β-Arylation of Ketones and Aldehydes

The direct β-activation of saturated aldehydes and ketones has long been an elusive transformation. The macmillan group found that photoredox catalysis in combination with organocatalysis can lead to the transient generation of 5p-electron β-enaminyl radicals from ketones and aldehydes that rapidly couple with cyano-substituted aryl rings at the carbonyl β-position. This mode of activation is suitable for a broad range of carbonyl β-functionalization reactions and is amenable to enantioselective catalysis.

A proposed mechanism was given. 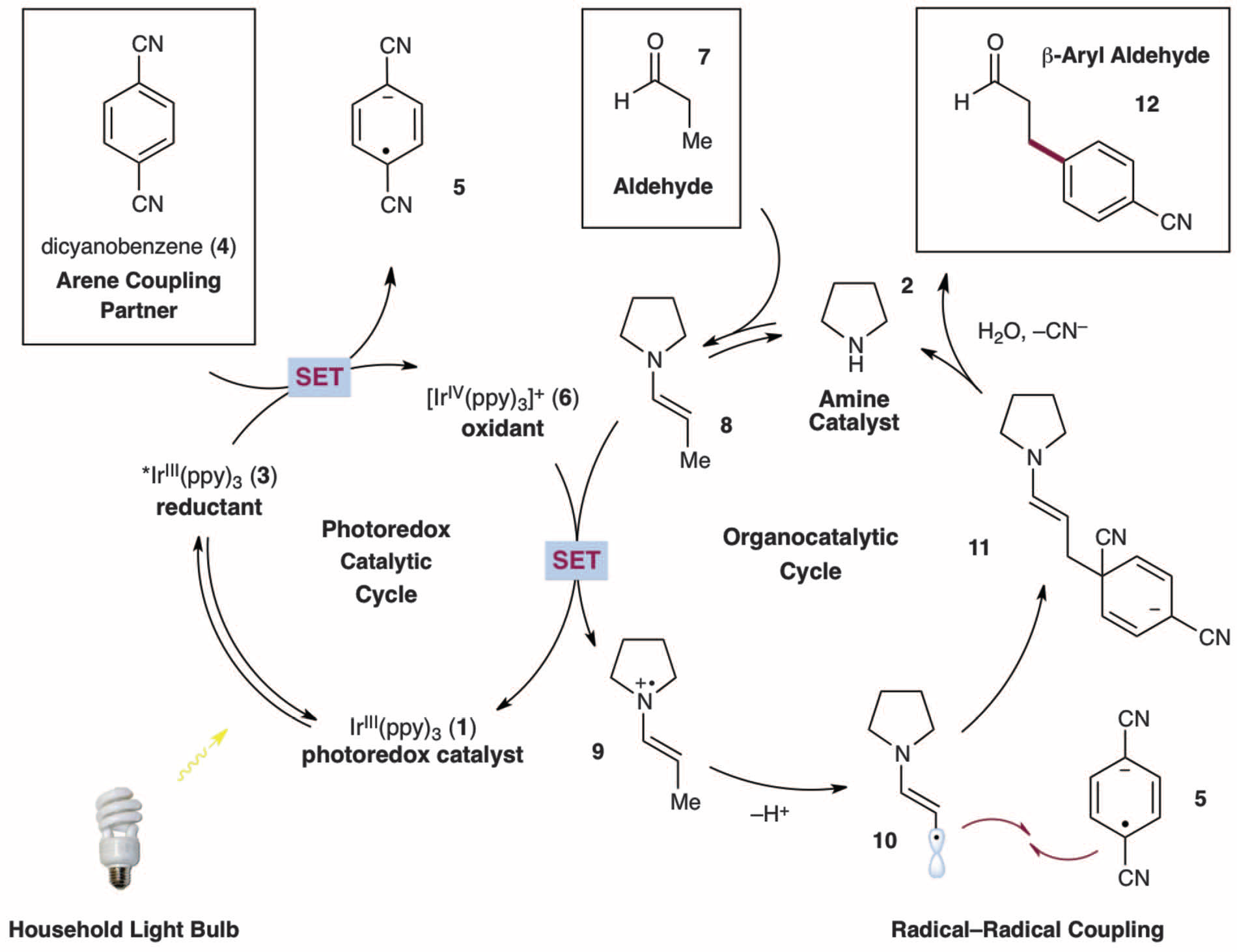