Metal-based chemotherapy has become an important treatment option for suppressing tumor growth and inhibiting metastasis progression. Considerable efforts have been focused on platinum compounds since the discovery of cisplatin, which is still one of the best-selling anticancer drugs after its approval by Food and Drug Administration in 1978. However, severe side-effects and drug resistance limit its applications. We report the design and synthesis of a series of new cyclometalated iridium hydrides derived from the C-H bond activation of aromatic nitrones and the biological evaluation of these iridium hydrides as antitumor agents. The nitrone ligands are based on the structure of a popular antioxidant, α-phenyl-N-tert-butylnitrone (PBN). Compared to cisplatin, the iridium hydrides exhibit excellent antitumor activity on HepG2 cells. The metal-coordinated compound with the most potent anticancer activity, 2f, was selected for further analysis because of its ability to induce apoptosis and interact with DNA. During in vitro studies and in vivo efficacy analysis with tumor xenograft models in Institute of Cancer Research (ICR) mice, complex 2f exhibited antitumor activity that was markedly superior to that of cisplatin. Our results suggest, for the first time, that metal hydrides could be a new type of metal-based antitumor agent. This work is as soon as publishable in Journal of Medicinal Chemistry. 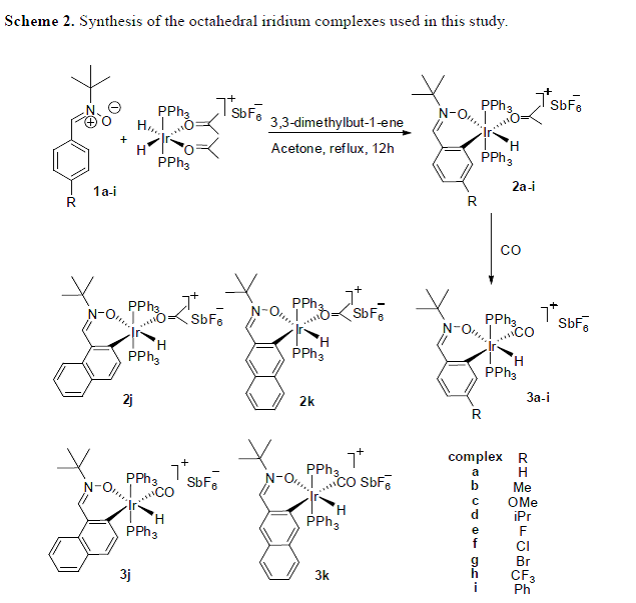